You won’t have to venture far into classic horror literature to hear the name Howard Phillips Lovecraft – or “Howie’, as some fans affectionately call him. Rightly so, since he’s among a small handful of authors credited for shaping the very landscape of modern horror. Today, new readers continue to seek out the best HP Lovecraft books, losing themselves amid his cosmic worlds.

To this degree, I’m here to recommend you some of my favorite HP Lovecraft stories, based on my personal taste.

But first, let me share a few things about Howie, if only to address the elephant in the room.

Here’s some other Lovecraft trivia, of a more tragic nature:

Looking at the above, you can understand why Lovecraft’s disposition was so sour. Today, most doctors would see him as suffering from depression, if not severe anxiety. I think he’d have benefited greatly from modern medicine, and maybe a Patreon campaign to support his writing!

On the flip side, perhaps his dire circumstances were what shaped him to become among the greatest horror maestros ever. He was a visionary who went far beyond writing about typical boogies and spooks. Instead, he created malevolent gods of pure chaos and infinite darkness, weaved into magnificent cosmic worlds. In short, Lovecraft was a fictional horror genius.

What are some of the best HP Lovecraft books?

Lovecraft almost exclusively wrote short stories and novellas. A chunk of his work was also published posthumously, added into longer-length books and anthologies.

Here are a few of my favorite Lovecraft publications, in no particular order.

Please note I may be a little bit sketchy in my plot summaries. That’s because many of Lovecraft’s stories actually share very similar, recurring structures (i.e. Ordinary Joe travels to investigate a strange occurrence, discovers an ancient cosmic force, which soon makes him go gibbering mad). Ultimately, I believe the beauty of Lovecraft’s work lies in his admirable attention to descriptive detail, not his plots per se.

The Call of Cthulhu and Other Weird Stories

This collection includes The Call of Cthulhu, Lovecraft’s central work, and several other key stories in the Cthulhu Mythos. For those who might not know, Cthulhu is a cosmic entity of malevolence and mind-bending trans-dimensional chaos.

This book also includes a generous sampling of other stories published throughout Lovecraft’s career, including Dagon (one of his earliest) and The Haunter of the Dark (among his last). Most of these stories were originally scattered across different magazines.

Overall, I’d definitely recommend this to be one of the best HP Lovecraft books to start with!

The Shadow Over Innsmouth

The only novella published in actual book form during Lovecraft’s life. The Shadow Over Innsmouth is also part of the Cthulhu Mythos, though a branched variation of it.

Here’s a quick gist: a student investigates a mysterious New England seaport town. He starts to uncover the secrets behind some bizarre events, only to discover the existence of terrifying creatures.

The book has the closest thing to a “happy” ending you’ll get for a Lovecraft work, kinda. If you consider a reeling plunge into sheer cosmic horror uplifting.

The Whisperer in Darkness

This novella was originally published in installments in Weird Tales, and marks a proper turn to science fiction for Lovecraft. The plot revolves around a race of fungus-like aliens who are menacing humanity.

At the Mountains of Madness

Beloved by many fans, this is a Lovecraft novella that was originally published as installments in Astounding Stories. It’s a science fiction account of an ill-fated expedition to Antarctica, where explorers uncover a civilization of elder cosmic horror entities.

I’d easily consider this to be among the best HP Lovecraft stories ever.

The Case of Charles Dexter Ward

Here is the founding work of Lovecraft’s ‘dream cycle’, where he dives head-first into a mixture of horror fantasy and occultism.

The book’s main character becomes obsessed with a distant relative, Joseph Curwen, who was an alleged wizard. He then tries to replicate Curwen’s magical experiments, only to accidentally unleash utter horror upon himself and those around him.

These zombie stories comprise Lovecraft’s “reanimator” mini-cycle, starting with his most famous work Herbert West – Reanimator, the basis for the cult 1985 film Re-Animator.

Many of these stories are, to put it bluntly, Lovecraft’s satirical take of Mary Shelley’s Frankenstein, although he does add a lot of his own spin to the genre.

The book also contains Cool Air and Pickman’s Model, two of my favorites. These stories carry on the theme of a mad scientist exploring new experimental frontiers, only to discover something nasty.

If you’re tired of dawdling around with getting one novella at a time, try this release! It’s an (almost) complete compilation of H. P. Lovecraft major stories, clocking in at just over 1100 pages. Incidentally, that’s shorter than Stephen King‘s longest novel!

Yes, there are some editorial typos, and a few of his works are not included. But, seriously, no list of good HP Lovecraft books would be complete without this entry. This compilation also looks gorgeous on bookshelves.

On the side, Lovecraft made most of his meager living as a ghostwriter and editor. His output of fiction is also evenly matched by his prolific correspondences. He was active pen-pals with many literary greats of his day, and also an avid United Amateur Press Association member.

Lovecraft’s literary influences include Edgar Allan Poe, whom he emulated with his mystery-detective stories, and Algernon Blackwood, whom he regarded as one of the best weird fiction writers of all-time.

Outside of literature, Lovecraft was no fan of technology. While most early 20th-century intellectuals embraced industrial progress, Lovecraft remained a romanticist at heart. He often held a dim view of humanity’s fate, believing we would one day surrender ourselves to machines. On hindsight, he wasn’t entirely wrong!

Lovecraft’s fiction can be broken into three stages, each building on the one before:

Lovecraft’s legacy cannot be understated. Before him, the genre was largely made up of Poe-esque mystery-ghost stories, Gothic tales inspired by Shelley’s Frankenstein, and a few Eastern European style vampire novels.

However, Lovecraft’s arrival greatly helped to expand the horror imagination to include ancient underground / oceanic civilizations, grotesque extraterrestrials, and eldritch occult lore. In essence, he elaborated on ideas by authors before him, which then led to his ushering in of cosmic horror,

So yes, even if Lovecraft was a bit of a poop, there’s no denying his tremendous influence and legacy. A true juggernaut of horror! It’s tantalizing to think about all the thrilling frontiers he might have conquered had he lived a little longer or not been crippled by unfortunate life circumstances.

Did I miss any of the best HP Lovecraft books? Email me with your suggestions! 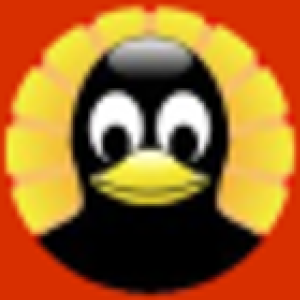 “Penguin” Pete Trbovich is a geek tribal bard who has blogged professionally for twenty years on his passions, including all aspects of media, science, history, and society. He resides in the Midwestern United States where several feet of snow encourages him to stay indoors and write, whenever his cat isn't napping on the keyboard.